During the last 25 years I have had the privilege of working with hundreds of clients, changing their lives for the better, achieving great results combining clinical hypnotherapy, tapping, (Emotional Freedom Technique), Spiritual Coaching, hands on and distant energy healing.  Empowering my clients to escape the fear matrix, set healthy boundaries, freeing them of unwanted habits and patterns, limiting beliefs and low self esteem.

It has been the most incredible journey,  and so very rewarding.

Due to people struggling financially, I am working on a donation basis only, for issues with fear and anxiety – covid related!!

What You Need To Know About Clinical Hypnotherapy: 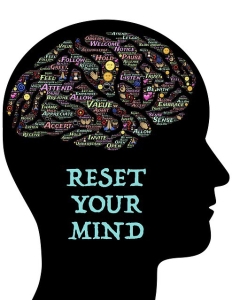 Scroll down for testimonials

Many clients have had very personal issues to deal with so most testimonials are not available publicly.  Here are some that you can read:

Being a young mum of a 2 year old and in an abusive relationship, I felt really stuck financially and ugly in myself.  I was very overweight and putting on more and more pounds, I had no energy and felt very depressed.  I had tried dieting and other methods and nothing worked for me so I sought Karen’s help.

Karen, was great to work with and I felt really comfortable with her, I opened up and told her about my life.  She worked on the emotional side as well as the practical eating habits.  I felt different and stronger after the first session and I started to change for the better.  At the end of my 6 sessions I had lost some weight and gained an enormous amount of confidence.  Karen explained to me that the hypnosis would continue after the sessions had come to an end and as time went on, the weight continued to drop off.

I didn’t see Karen again for about 12 months but felt I owed her a visit.  She opened the door to someone she didn’t recognise.  I was half the size, I was wearing a smart trouser suit as I had called in from work, a dream job I had found myself.  Shortly after our sessions had finished I found the courage to kick out the abusive boyfriend and was now in a wonderful healthy relationship.  My self esteem had gone through the ceiling and I felt absolutely amazing.  I have a lot to thank Karen for and highly recommend her.

I was to be Best Man for one of my oldest friends and obviously had a speech to deliver.  This terrified me but I didn’t want to let my friend down.  I’m a joker and people believe I am very confident but definitely not in situations like this.  I saw Karen and she performed hypnosis on me which I found really relaxing and didn’t think there was any difference to be honest.  I know she was giving me suggestions to boost my confidence and at the end of the sessions, she would have me read out the speech I had prepared.

Each time reading the speech I felt just normal, neutral about the whole thing but then again told myself it was in front of Karen, yet as the date drew nearer to the wedding, I realised I was feeling more excited, looking forward to it rather than nervous.  I was sleeping well, really had no worries about it at all.  When the day arrived, I actually felt it was my special day as I couldn’t wait for the time to arrive to deliver my funny speech and it was a success, everyone loved it and I was so confident.

7 years working as a cook/chef on a luxury yacht, I was unable to enjoy my work and be 100% in myself as I had to take medication daily for sea sickness.  The medication itself would make me feel drowsy, I loved my work and learnt to tolerate this but the fear of being ill when I needed to be on the ball would overwhelm me at times.

I contacted Karen to see if she could help.  She admitted she had never worked on sea sickness before but we could give it a go.  Before the start of a new season, I booked 6 sessions, Karen also used EFT, which I learnt with her, so I could use on myself for any issue I may encounter in the future. It’s been a great tool.

One of the hypnotherapy sessions Karen took me back to childhood when a memory came up of a family drive out for a picnic and milk being spilt in the car.  It was a very hot day and since that incident, I had associated the smell of sour milk, myself feeling sick with any form of motion, as I also would feel sick traveling in a car.

I was very alert during the sessions and Karen would guide me through a typical working day in the height of the season, eliminating  fear and anxiety, having me see myself in a very positive, healthy working environment.

It is now 5 years on and I’ve only once had to take a sea sickness tablet, the whole crew had to as the sea was so rough.  I now work to my full potential, more confident than before and no sickness.  It was incredible how once I had acknowledged this old memory and perceived it from an adults point of view, I felt a shift and the sickness subsided.

I had failed my driving test 3 times, due to nerves.  I could drive fine with my instructor and my father but come to the test I failed miserably, making silly mistakes and just a bag of nerves.  It was my driving instructor who recommended Karen.  The sessions were brilliant, I would go into a deep relaxation, switching off.  The day of my 4th test, I just felt ‘okay’, normal, no nerves and I passed!!

Helen wanted to lose 10kg and booked  6 sessions with me. We had such fun working together.  Helen, a single Mum was working very long stressful hours,  there was quite a lot of comfort eating going on and the relaxing with a glass of wine in the evening.  Helen needed to reward herself for working so hard in a healthier way.

Exercise wasn’t that necessary here, she didn’t have the time and her job was very physical.  It was a case of re-programming her mind to want to take more care of herself, choosing and preparing wholesome foods, drinking plenty of water, instead of rushing and snacking on foods that were piling the weight on and getting her body back to her desired dress size.

The weight started to drop off and before the 6th session, there was a big difference in her physical appearance, her whole persona  was glowing and the beaming smile on her face was such a joy to witness,  as she was liking what was happening to her inside and out.  The weight loss continued after her sessions had finished with me.

After 15 years of smoking cigarettes, I had had enough, wanting desperately to stop but couldn’t do it on my own.  Karen was recommended by my friend, who had also stopped smoking after seeing Karen.  I had 2 sessions with Karen and I gave up very easily.  This was back in October 2016 and I’m still a very happy and much healthier non smoker to this day.

After many years of smoking during a stressful career, I was wanting to give up the cigarettes as I was ready to embark on a new career in a different country, a fresh start. I had 2 sessions of hypnosis with Karen, the first I felt I had fallen asleep, it was very relaxing.  This was 2 years ago and I’m very happy to say I am still a non smoker.  I was also concerned about gaining extra weight if I stopped smoking, Karen also addressed this in the sessions.  I didn’t gain any extra weight and feel so healthy.